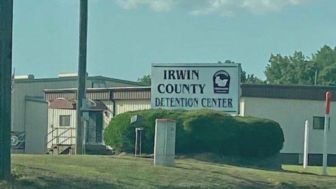 *PICCK recognizes that not all people with uteruses identify as women or use she/her/hers pronouns. In the following blog, the term “women” is used when referring to data that was recorded with that terminology

The United States Immigration and Customs Enforcement (ICE) has recently come under scrutiny for unethical healthcare practices. Dawn Wooten, a nurse previously employed by Irwin County Detention Center, has been named the whistleblower for outing this Georgia ICE Detention Center as a hub for mass forced hysterectomies among the people being detained. Wooten cites Dr. Mahendra Amin as the “uterus collector” and shares multiple experiences of women who received unwanted and unnecessary hysterectomies from this provider.1 Unwanted sterilization is a human rights violation-violating the right to health, the right to privacy, the right to found a family, and the right to information2-according to an interagency report published by the World Health Organization.3 Furthermore, Dr. Amin is not board certified by the American Board of Obstetrics and Gynecology (ABOG), nor is he certified by any of the twenty-four specialties within the American Board of Medical Specialties (ABMS).4

The hysterectomies performed at Irwin County Detention Center lacked informed consent, which is an imperative pillar of healthcare. Unfortunately, this is not the first time physicians in the United States have disregarded informed consent in order to sterilize women, particularly women of color and women deemed “undesirable” by those in power.

Forced and coerced sterilization in the United States by the government has a long history. In the 20th Century alone, thirty-two states took part in federally-funded sterilization programs; programs that disproportionately target patients that identify as a person of color, an immigrant, disabled, a person with low socioeconomic status, an unmarried mother, and/or a person with mental illness.5

The Supreme Court case Buck v. Bell led to 50 years of forced sterilization for people with mental illness and/or developmental disability. This Virginia case’s decision allowed Carrie Buck to be sterilized without her consent due to the fact that she was institutionalized for being promiscuous and feebleminded. These traits were believed to be genetically inherited, and so to prevent Carrie from passing these genes onto her offspring, the court ruled in favor of forced sterilization.4 The number of these sterilizations that occurred because of this case topped 65,000 between the 1920s and 1970s.5 Within the later years of this same time period-in the 1960s and 1970s-Mexican American patients were sterilized during childbirth by unethical providers that forced and coerced consent while patients were under duress, prompting another Supreme Court case, Madrigal v. Quilligan.5

These programs have a history within the prison system as well. From 2006 to 2010 California prisons sterilized over 140 female inmates by performing tubal ligations where consent for the procedures was coerced.5 In 2017, a Tennessee judge offered inmates the ability to reduce their sentences by receiving a long-acting form of contraception. Female inmates received Nexplanons and then received a 30 day credit towards their sentence.6

The prison system, however, is not the only system that has enabled forced sterilization procedures. In the State of Mississippi from the 1920s to the 1960s, clinicians at teaching hospitals led efforts to sterilize women as surgical practice for medical students by using childbirth and non-gynecological procedures such as appendectomies as opportunities to perform unconsented tubal ligations. This opportunistic form of forced sterilization in the South garnered the name “Mississippi appendectomies.”4

While we wish these terrible reproductive injustices are lessons learned and cases of the past, Dawn Wooten’s report has shown us that this is not the case; and while appalling, this is not an isolated human rights violation. Rather, this report has brought to light the most recent occurrence of state and clinician-led forced sterilization in the United States that lies on a long timeline of egregious reproductive injustices that have been bestowed on people throughout the history of the United States.